I’ve been in two minds since our date night at the Manchester branch of Miller & Carter, whether or not I should write a post about it.

The Miller & Carter steakhouse on King Street in the centre of Manchester is somewhere my boyfriend and I had wanted to eat for a while! Their Instagram feed is to die for and the restaurant, nestled on King Street, is where some of the best places to eat in Manchester reside. Recently, my boyfriend entered a competition to win a £100 voucher to spend at any Miller & Carter and he won! We were so happy & couldn’t wait to try them out for ourselves!

So, we booked our table for a weekend and that’s pretty much where the positive vibes ended.

The steakhouse itself is a little run down, the dining area is crammed and gives a vibe of an all-inclusive hotel dining hall.

We were seated at our table (complete with ink stained chairs) and we decided to ignore the first impressions and hope the food speaks for itself. We ordered drinks and I decided on an Aperol Spritz. The drink came and it was a pale peach colour and as a lover of Aperol Spritz, I knew something wasn’t right. I asked if some more Aperol could be put in the drink, to be told that they had ran out and was only able to use a small amount as I had the last bit.

This was disappointing. I was served a drink that was incorrect and they hoped I wouldn’t know/notice/complain. When your drink is £8.50, surely you shouldn’t have to worry about the bartender being honest about what’s in it?

Despite initial impressions, we ordered our meals and were excited to eat! I ordered the beef and bone marrow bon bon’s, my boyfriend went for chicken and duck wings.

We did both enjoy our starters, mine was a little burnt, but they tasted nice and were exactly what we asked for.

Next up was our mains. As we had a voucher, my boyfriend decided we should both get one of the ‘posher steaks’. I picked a matured sirloin with sides at around £26.95 and he went for a matured – bone in ribeye steak for £26.50. We both opted for béarnaise sauce & chips.

The food was served very quickly and we were both a left a little frustrated at the standard of the meal. It was served within minutes of our starter and had clearly been sat on standby under heat lamps. Even the sauce had a skin on it.

Whilst the steak was lovely & the chips were nice (pretty hard to get chips wrongs), as we knew we was paying so much, we was both left deflated.

You can tell the sides, are sat waiting in trays for when the next orders come in. Especially the oblong of stewed/crispy onions and the quarter of a whole lettuce.

For the food you receive, Miller & Carter is simply overpriced. We didn’t hate the food, it was a nice meal. My boyfriend and I both agreed that if we hadn’t had the voucher, we would have both been left quite upset at spending our own money on this meal. Including our starters, one cocktail drink each & our mains, the bill came to £85.00. There are plenty of places on King Street, or around the city centre, where £85.00 would give you much better food & surroundings. 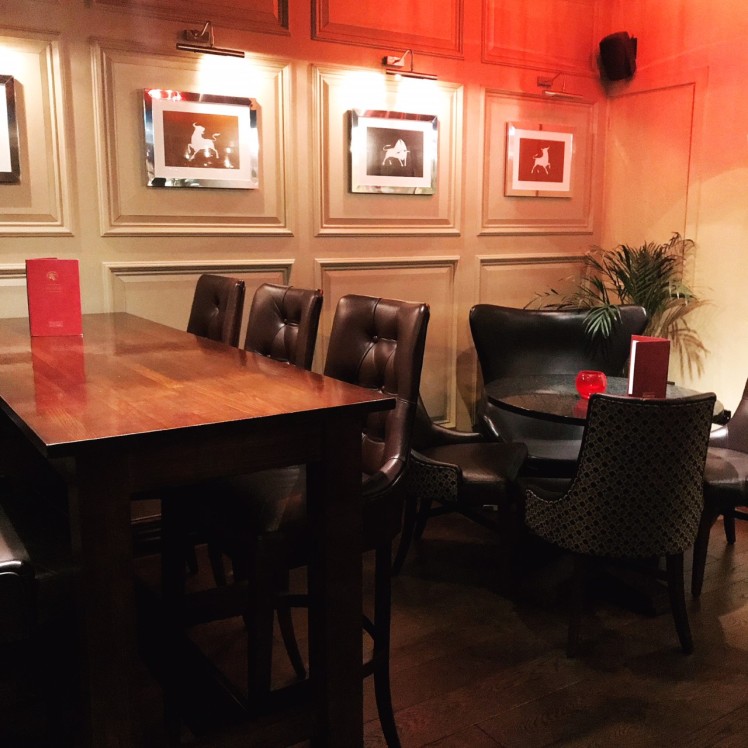 As we unfortunately left Miller & Carter quite disappointed, I initially decided to not share our experience.

I tend to only share the places that I love. I want my blog to be a positive place, where you can go for ideas on great things to eat, visit and do. Filled with the things I would recommend to any of my family & friends.

I then thought about someone spending a lot of their hard earned money, on food which can be found elsewhere, at a better quality & cheaper prices and decided that I had to write this post. The food is nice, but for nearly £100.00, we all deserve better than just nice.

One thought on “Miller & Carter – A Review”